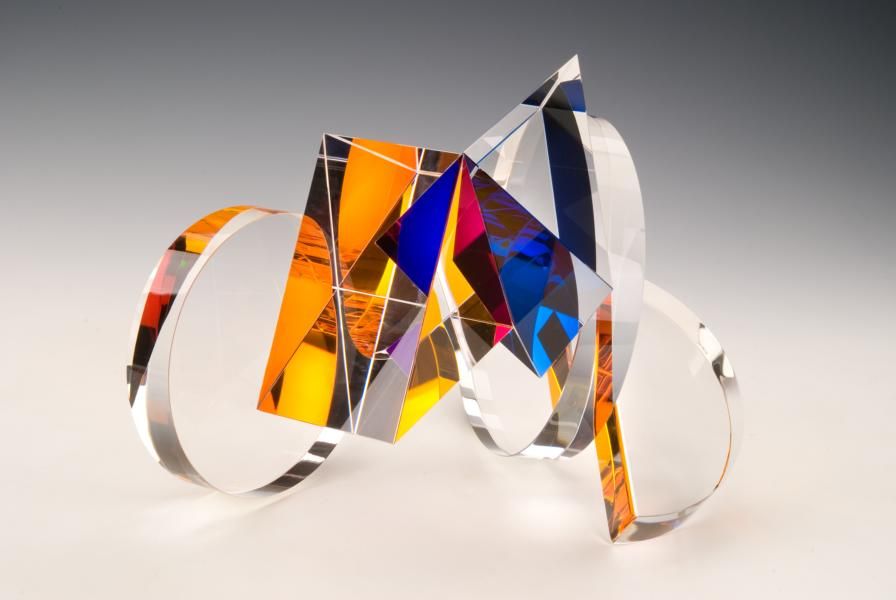 “The work is signature Taylor, Contemporary intellectual and political ideas are engaged through visual provocations that entice the viewer to decide the logic inherent in these forms. Coming closer to investigate, one must often get past protective blades that extend outward from his works, shielding the contents from the casual observer. But investigating is reward with a surprising harmony achieved through visual logic and resolution, as refractive chromatic, and planar collisions in Taylor’s work reveal the artist’s full powers as a colorist and light engineer. He also considerers himself a Platonist, … “(Traversing Parallels, Museum of Glass, Tacoma)– Tacoma,) 3. Andrew Page, Critic, curator, editor in Chief of GLASS: The Urban Glass Art Quarterly. Director of the Robert Minkoff Foundation 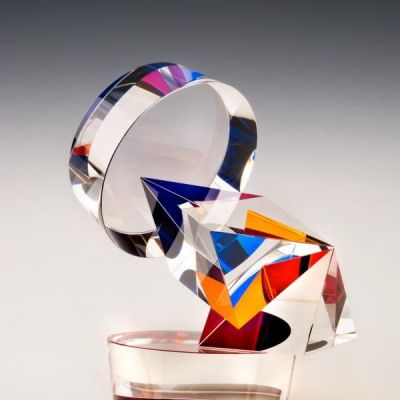 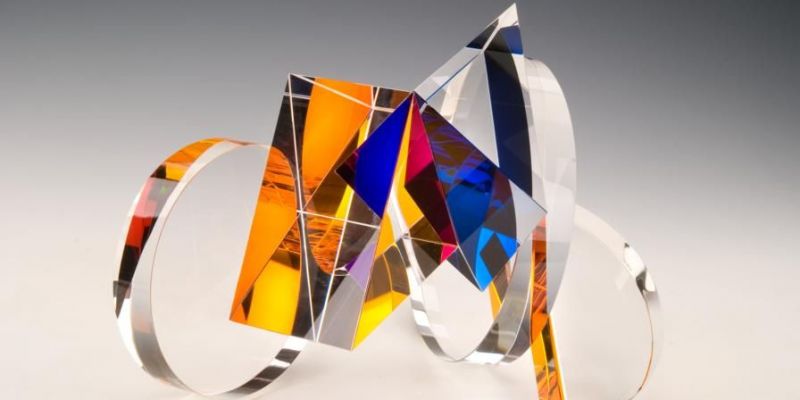 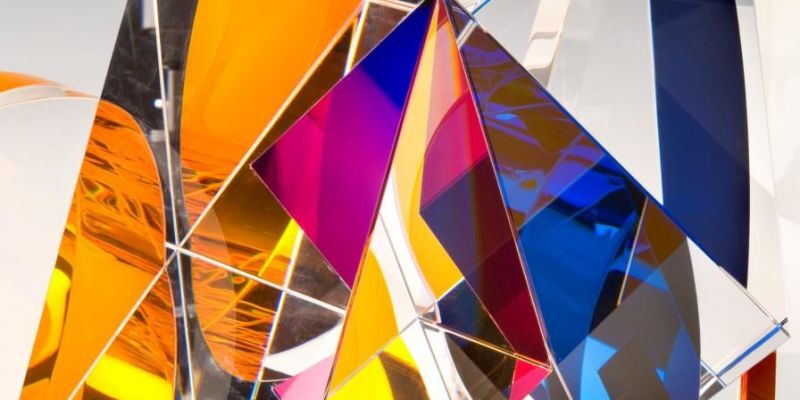 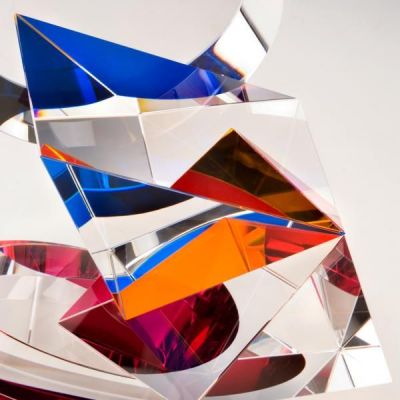 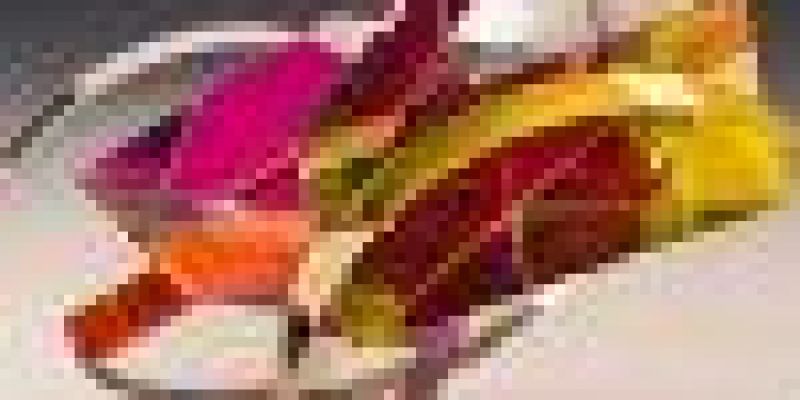 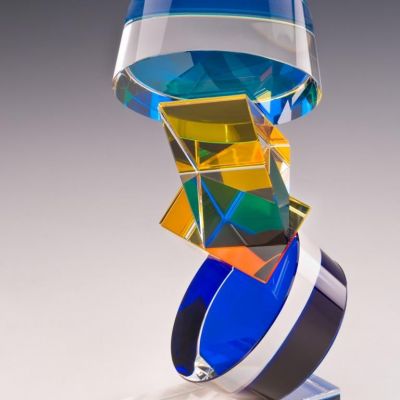 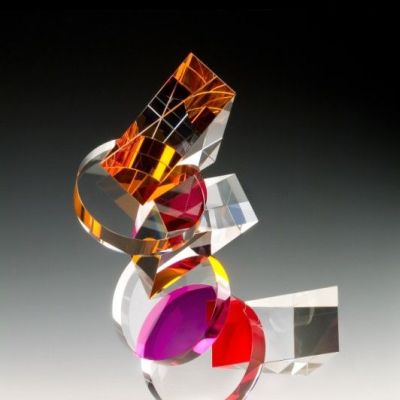 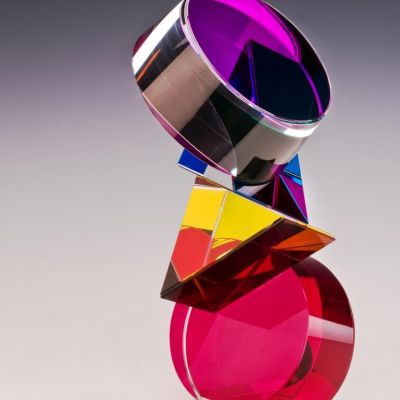 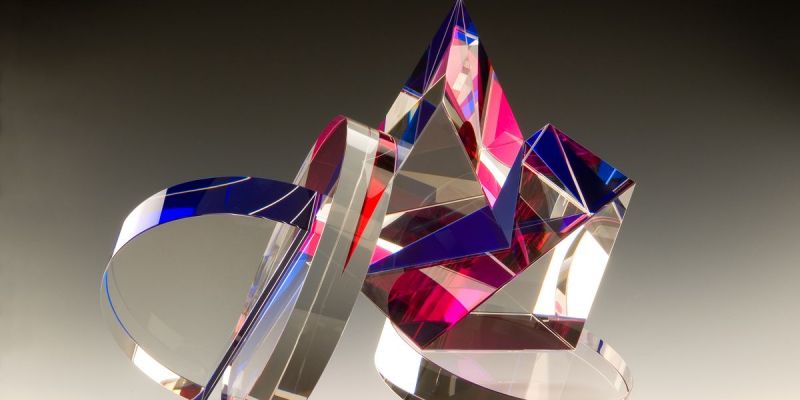 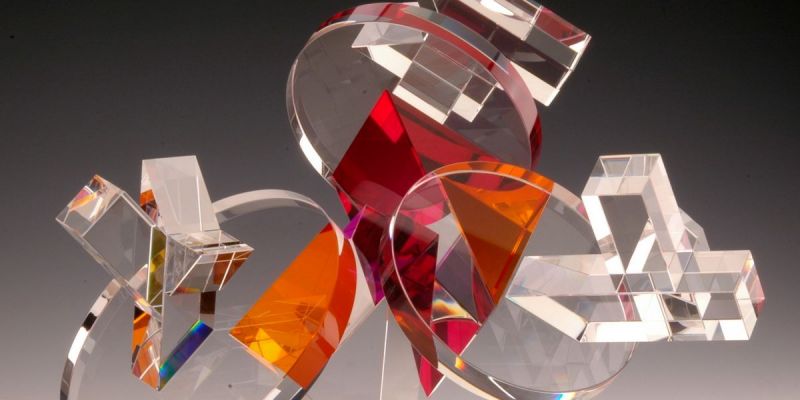 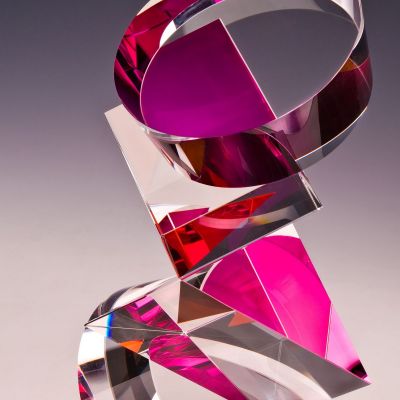 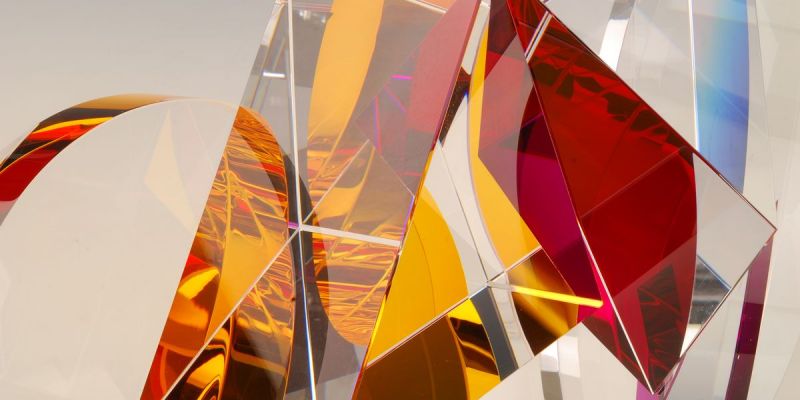 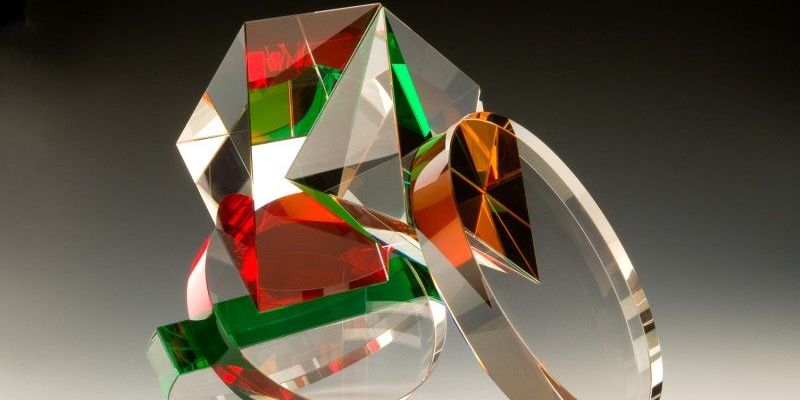 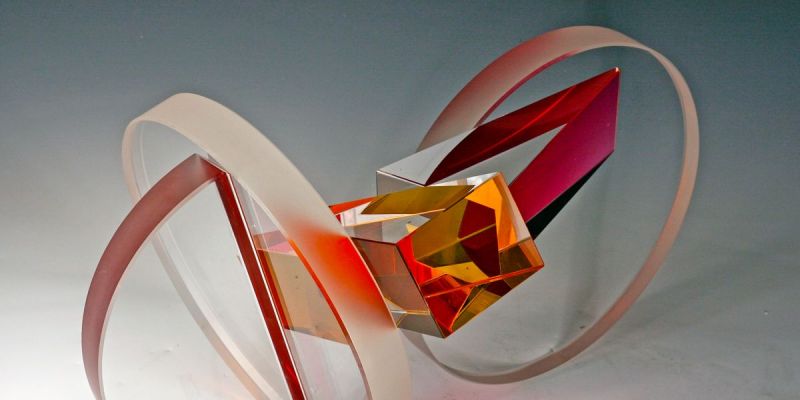 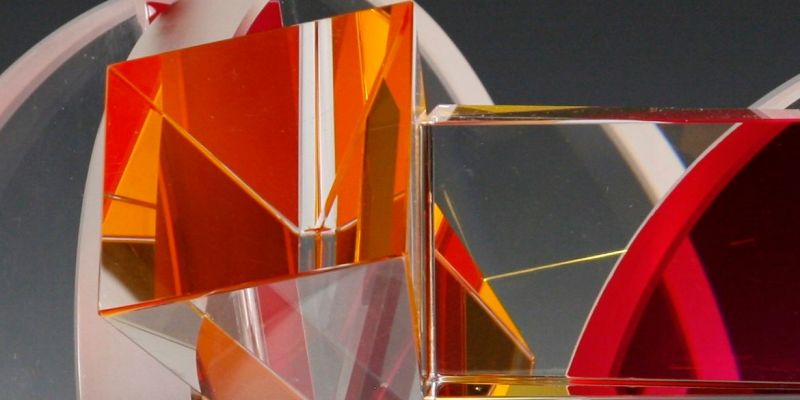 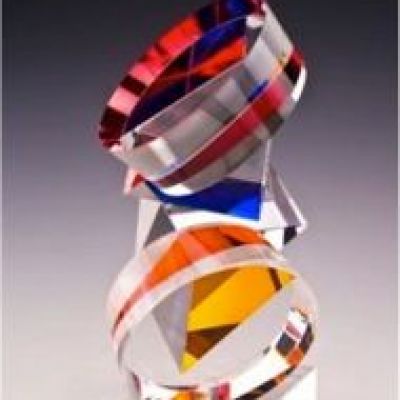 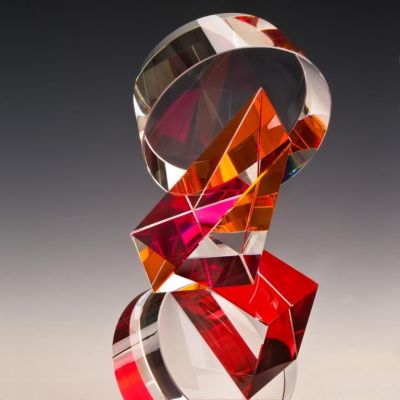 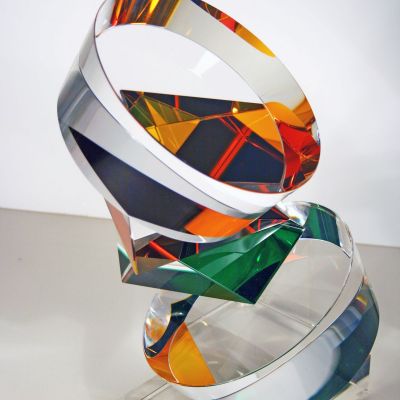 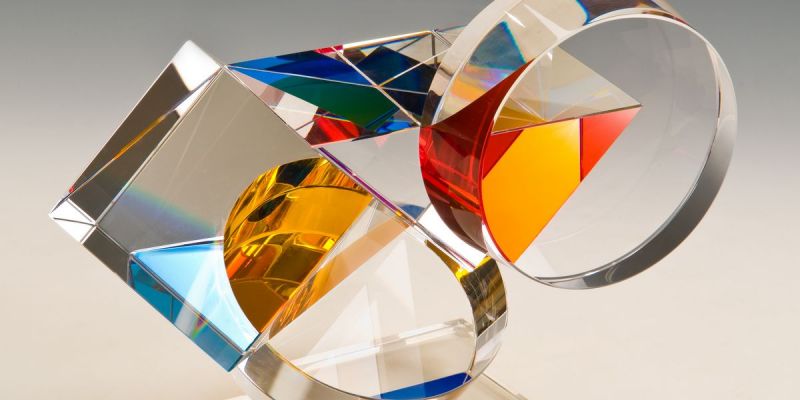 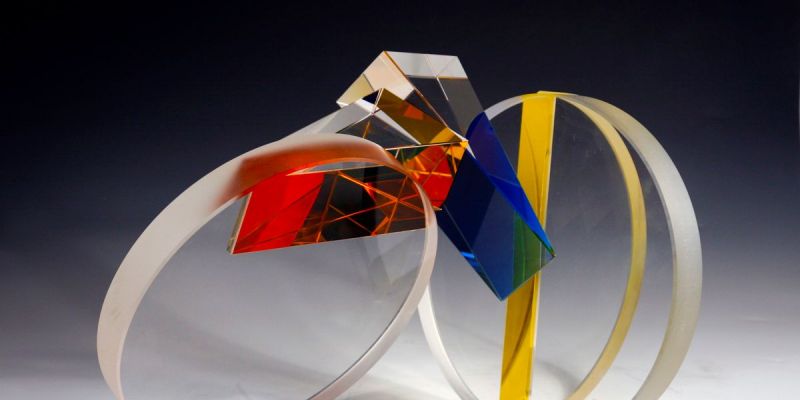